Those of you that are subscribed to my Mailing List will already have seen this, but for anyone who isn’t, I’m thrilled to now be able to unveil the cover art for The Shadow Men, my next novel and the third instalment in the Anna Scavolini series. 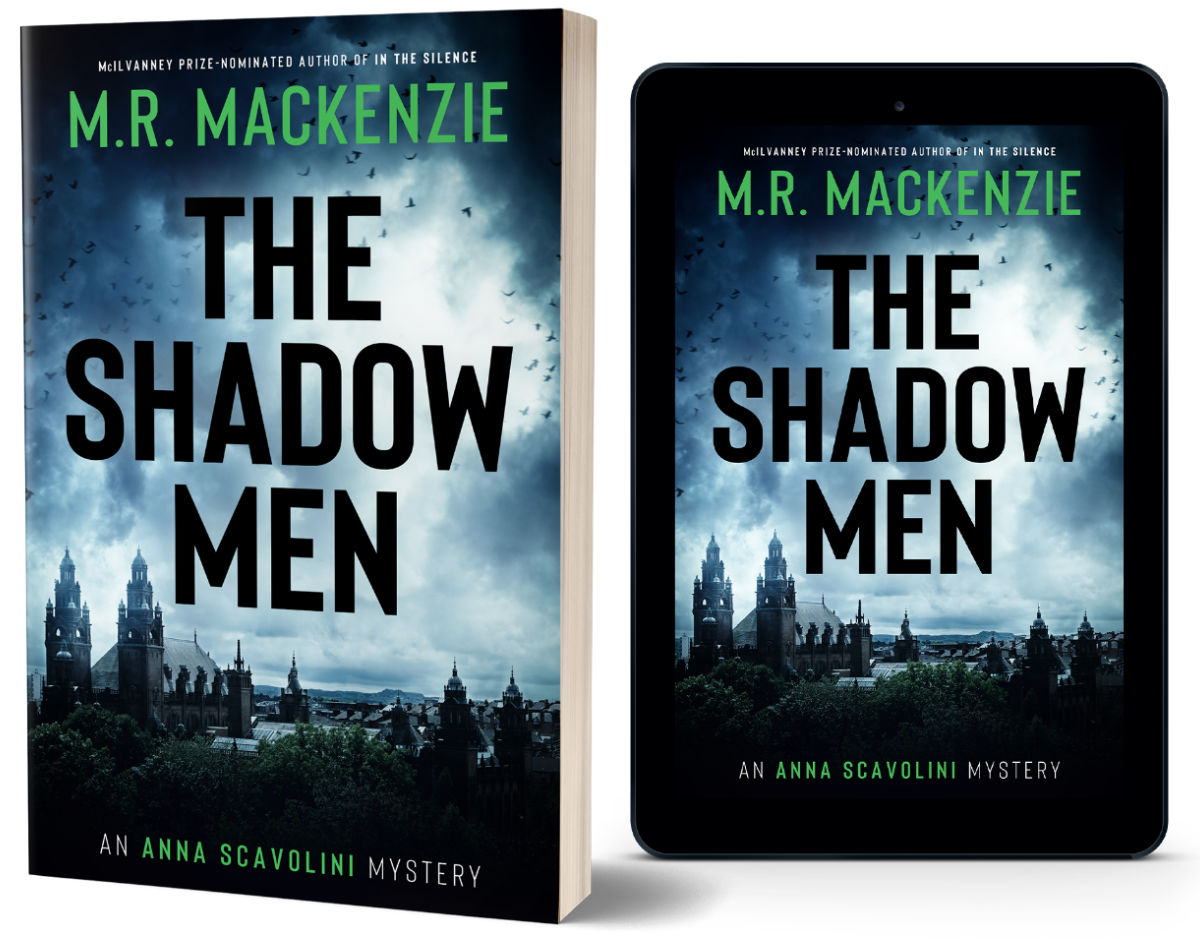 I can’t tell you how absolutely thrilled I am with how this has turned out. Back in June, I reached out to Tim Barber of Dissect Designs to task him with creating the cover for The Shadow Men and also to come up with fresh designs for the two previous instalments in the series, In the Silence and Cruel Summer, both of which will be getting a visual refresh at around the time The Shadow Men comes out. My instructions were to create something dark and moody and featuring some recognisable Glasgow landmarks, and I think it’s safe to say Tim nailed the brief on all fronts. I can’t wait to hold an actual physical copy of this in my hands, as I can only imagine how amazing it’s going to look in the flesh!

As a reminder, here’s the blurb for The Shadow Men:

When a young police officer, Derek Sullivan, goes missing, the detective investigating his disappearance turns to criminologist Anna Scavolini - Derek’s one-time university lecturer - for help. Haunted by the belief that she failed in her duty of care towards her former student, Anna finds herself drawn increasingly deeper into the investigation.

Meanwhile, Zoe Callahan - once Anna’s best friend, now unhappily estranged - becomes preoccupied by unsettling rumours involving her old school. Uncovering a trail of evidence implicating the most powerful men in Scottish society in a scandal stretching back decades, she soon attracts the attention of sinister forces who don’t look kindly on those who disturb the past…

A missing police officer, a highly coveted list of names, a fatal car crash on a rainswept night - what connects these seemingly unrelated threads? And who are the mysterious Shadow Men, whose very name strikes terror into the hearts of everyone who hears it?

The Shadow Men will be released on the 18th October 2021 and is available to pre-order on Kindle today. The paperback version will be available to buy closer to that date - and, for those who’re wondering, as with all my previous books you’ll be able to pick up a signed copy directly from me. Again, stay tuned for more information soon!