On her first night back in town, what should have been the start of a relaxing Christmas getaway takes a decidedly macabre turn when she stumbles upon an old flame, Andrew Foley, bleeding to death on the snow-clad slopes of Kelvingrove Park.

Who killed Foley in such a brutal manner – and why? If the police have any leads, they’re keeping them under wraps. Convinced that Foley was deliberately targeted rather than the victim of a random attack, Anna begins her own investigation, and in so doing unearths a trail of long-buried secrets, leading back to a crime committed over a decade ago.

A crime so unspeakable its perpetrators are prepared to take their silence to the grave.

In the Silence is a fast-paced, compelling crime mystery which will appeal to fans of authors like Mark Billingham, Stuart MacBride and Mark Edwards.

Learn more about In the Silence's protagonist in this exclusive character dossier.

Delve into the mind of one of In the Silence's antagonists in this deleted chapter.

Read an exclusive interview with Anna herself at Suze Reviews.

The audiobook version of In the Silence, narrated by Fiona McNeill, is available from Audible and through Amazon. Complete and unabridged, the Amazon version is available at a significant discount for those who already own the Kindle version. 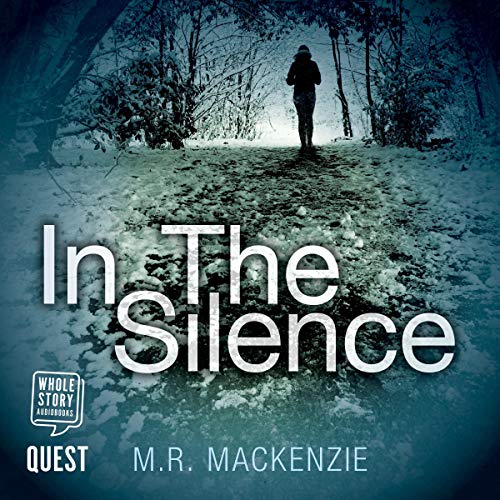 “With well observed characterisation, M.R. Mackenzie writes with precision and passion. He is a writer to watch.”

“Mackenzie brings a fresh new voice to the field of Tartan Noir.”

“M.R. Mackenzie is right up there with the best contemporary authors working today. His prose is of such high-quality that I am instantly addicted to the words on his pages.”

— David B. Lyons, author of Whatever Happened to Betsy Blake?

“This is splendidly written stuff, triumphing in a variety of areas – not least that of its dialogue, which is idiomatic and vivid (overcoming the hurdle at which many contemporary crime novels fall).”

“M.R. Mackenzie has created an impressive first novel with In The Silence and an intriguing lead character in Anna Scavolini.”

“I was intrigued from the start and that interest kept me entertained and hooked right through to the end.”

“I lost a fair bit of sleep because I genuinely didn’t want to put this book down, it’s twists and turns like a rollercoaster of a ride.”