I’m thrilled to announce that my third novel, The Library Murders, will be released on Amazon Kindle and in paperback on 20th August. Read on for the blurb and cover reveal!

The Library Murders is a standalone murder mystery which draws on nearly thirteen years’ work in a public library and mixes a little fact with a whole lot of fiction to create a terrifying “what if?” scenario — that is, what if an armed gunman walked into a public library one morning and opened fire on the staff?

I’ve worked long and hard to craft a compelling mystery and a set of colourful — not to mention conflicted — characters, and I can’t wait for my readers to get their hands on it when it launches in August. I’m also pleased to report that Overview Media will be organising the blog tour to coincide with the book’s release. Spaces are filling up fast, so if you’re a book blogger and are interested in taking part, contact Heather Fitt ASAP.

I’ll be posting more information about The Library Murders as we approach the release date, including a sneak peek at the first chapter, but for now, here’s the blurb to whet your appetite:

Alyssa Clark is about to find out that reading really can be murder.

She thought her new job in Thornhill Library would be safe and uneventful. Boring, even. But on her first day at work, a masked gunman storms into the building and blows away every member of staff on duty. Alyssa barely escapes with her life.

The police are satisfied they’ve got their man, but Davy, Alyssa’s colleague and the only other survivor of the massacre, is convinced the real killer is still at large. Alyssa - trying to move on with her life while dealing with traumatic flashbacks and the unwanted advances of an obsessive ex - is sceptical. However, when she stumbles across damning evidence of a cover-up, she agrees to join forces with Davy to help track down the real culprit.

But in her pursuit of the truth, will she find the closure she desperately craves… or provoke the wrath of a killer with unfinished business on his mind?

If you like twists, turns and compelling, conflicted characters, you’ll love this gripping new mystery from the McIlvanney Prize-nominated author of In the Silence.

And here’s the cover art: 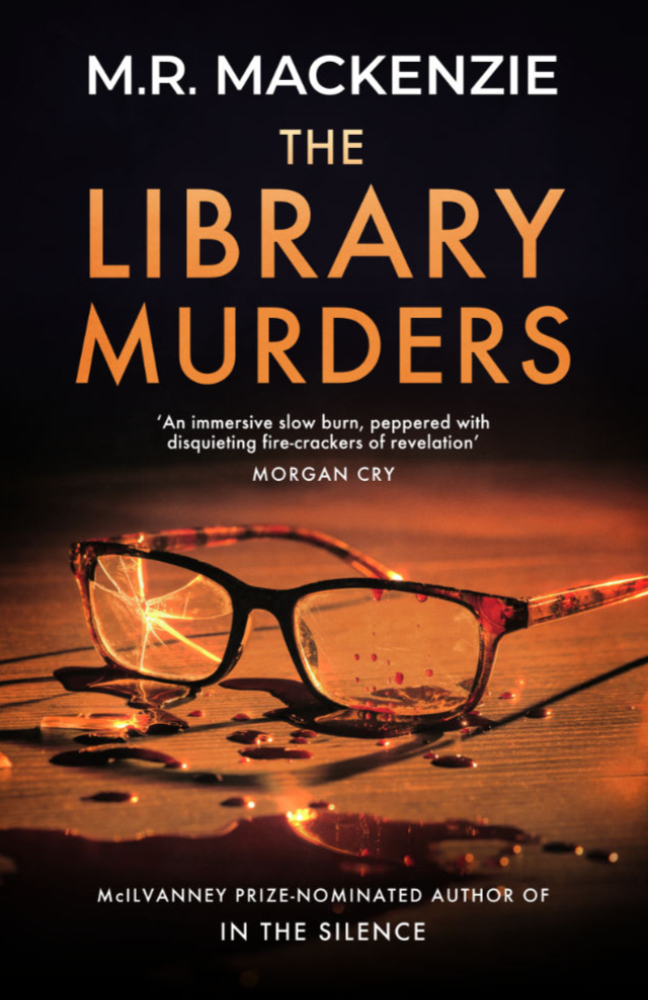 Those of you that are subscribed to my Mailing List will have seen an earlier iteration of this already, but this is the final design. Hopefully you’ll agree that it’s a striking — not to mention unsettling — image. As for who is the owner of these glasses… well, you’ll have to read the book to find out!