Fancy an advance review copy of Cruel Summer? They’re now available through Booksprout. In exchange for a review, a mobi, epub of pdf copy of the novel is yours to keep!

Zoe Callahan is having the summer from hell… and it’s about to get a whole lot worse.

She’s stuck in a dead-end job, her relationship is going nowhere and the memory of the Kelvingrove Park Murders three years ago continues to cast a long shadow over every aspect of her life.

When a prostitute is brutally assaulted by Dominic Ryland, a rising political star with a suspiciously spotless personal reputation, Zoe leaps at the chance to embroil herself in a noble cause and sets out on a one-woman crusade to bring Ryland to justice.

But in doing so, she quickly finds herself on the wrong side of some very dangerous people - people who have reputations to protect and who would think nothing of silencing Zoe by any means necessary.

An explosive thriller set against the backdrop of a sweltering heatwave, Cruel Summer is the sequel to M.R. Mackenzie’s critically acclaimed debut In the Silence and the second instalment in the Kelvingrove Park Trilogy. 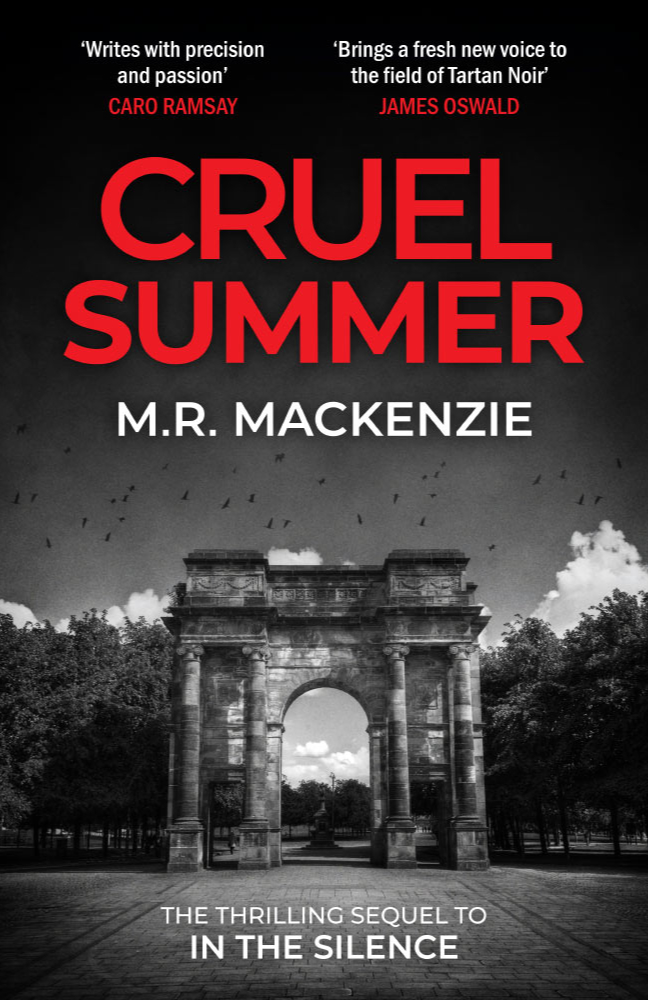