It’s been a long time coming, but the time has finally come to unveil the blurb and cover art for Cruel Summer, my upcoming second novel and sequel to In the Silence.

Zoe Callahan is having the summer from hell… and it’s about to get a whole lot worse.

She’s stuck in a dead-end job, her relationship is going nowhere and the memory of the Kelvingrove Park Murders three years ago continues to cast a long shadow over every aspect of her life.

When a prostitute is brutally assaulted by Dominic Ryland, a rising political star with a suspiciously spotless personal reputation, Zoe leaps at the chance to embroil herself in a noble cause and sets out on a one-woman crusade to bring Ryland to justice.

But in doing so, she quickly finds herself on the wrong side of some very dangerous people - people who have reputations to protect and who would think nothing of silencing Zoe by any means necessary.

An explosive thriller set against the backdrop of a sweltering heatwave, Cruel Summer is the sequel to M.R. Mackenzie’s critically acclaimed debut In the Silence and the second instalment in the Kelvingrove Park Trilogy. 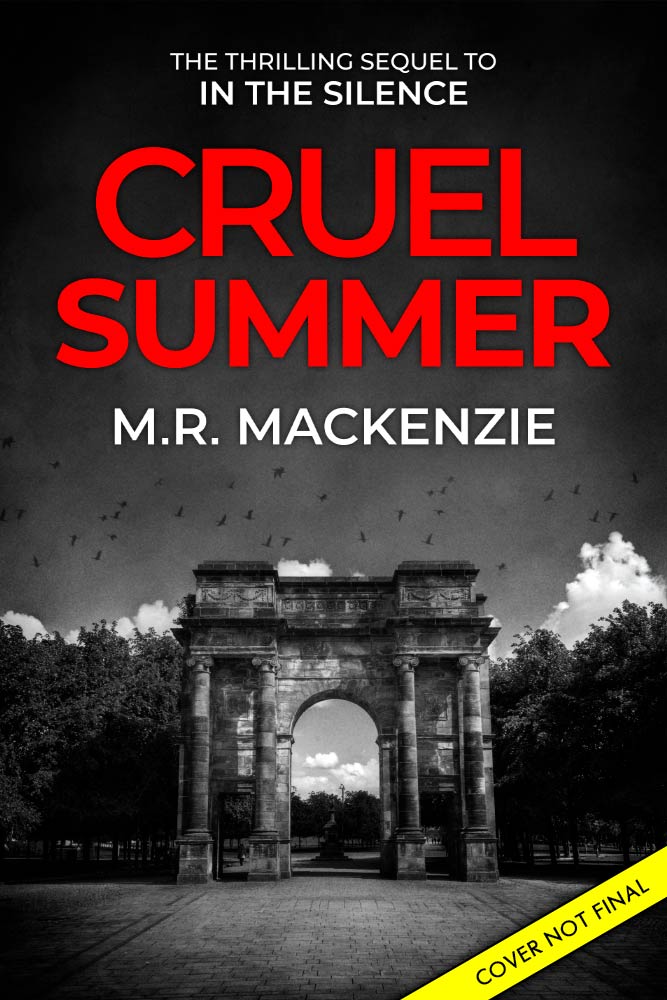 For the cover art, I knew I wanted something moody and evocative, as well as something that captured something of the city of Glasgow — arguably as much a character as Zoe, Anna or anyone else. I eventually settled on the McLennan Arch on Glasgow Green — a key location in the novel whose significance only becomes clear very late in the game. The result, I think, evokes something of the same mood as the cover art for titles by the likes of Peter James and Ian Rankin while also having a personality of its own.

Stay tuned for more information, including a concrete release date, an extract from the new book and more, very soon… and be sure to bookmark the newly launched Cruel Summer homepage!