Buy Now: Kindle (UK) Kindle (US) Kindle (all others) Paperback

The Anna Scavolini Mysteries – Volume One

Driven, fiercely opinionated and 5 ft 2 on a good day, criminology lecturer Anna Scavolini doesn’t go looking for trouble – but trouble has a way of finding her. Follow Anna as she turns detective and explores the darkest recesses of humanity in these three gripping Scottish crime mysteries from an author who ‘writes with precision and passion’ (Caro Ramsay) and ‘brings a fresh new voice to the field of Tartan Noir’ (James Oswald).

Anna hasn’t set foot in Glasgow for ten years – and she’s not short of reasons. On her first night back in town, she stumbles on an old flame, Andrew Foley, stabbed and bleeding to death on the snow-clad slopes of Kelvingrove Park. With the police making little headway, Anna begins her own investigation, unearthing a trail of long-buried secrets leading back to a crime committed over a decade ago – one so unspeakable its perpetrators are prepared to take their silence to the grave.

Zoe Callahan, Anna’s oldest and closest friend, has more reasons than most to be haunted by the spectre of the Kelvingrove Park Murders from three years ago. So when her neighbour, a sex worker, is brutally assaulted by a rising political star, she leaps at the chance to occupy herself with a noble cause, vowing to bring the perpetrator to justice. Soon, she and Anna are once more drawn into a web of secrets and shocking revelations, with a heavy price to pay for all those involved – not least Zoe, who has far more to lose than she ever realised.

When a young police officer goes missing, a heavily pregnant Anna – his one-time university lecturer – reluctantly agrees to assist with the investigation. Zoe, meanwhile, has a mystery of her own to contend with, in the form of unsettling rumours involving her old school. No longer in close contact, the two old friends pursue their seemingly separate enquiries, unaware that their activities have reached the notice of the Shadow Men – a mysterious, all-powerful cabal whose very name strikes terror into the hearts of all who hear it. 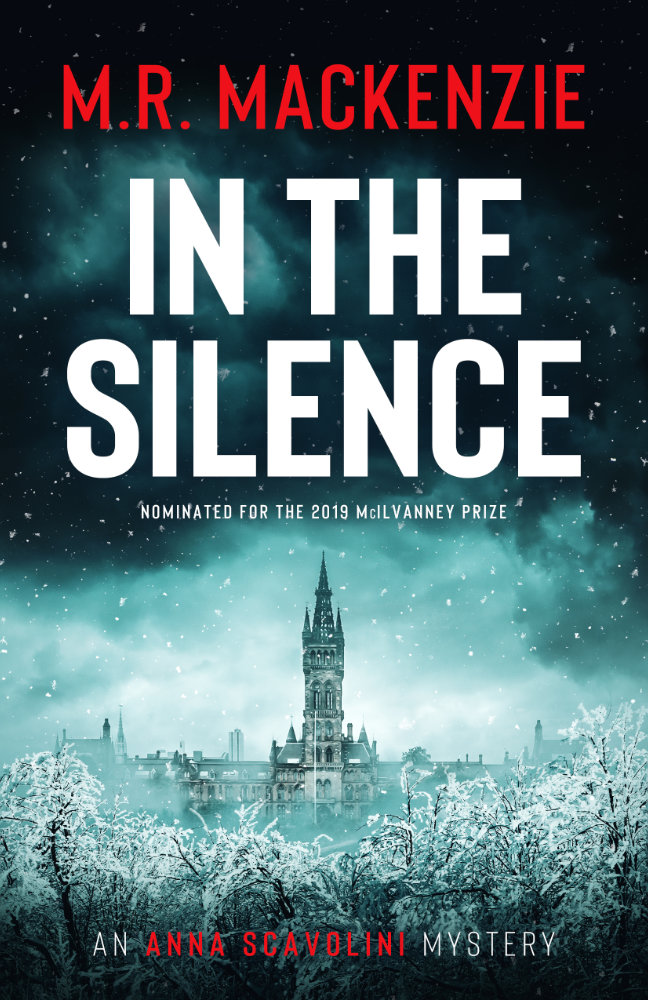 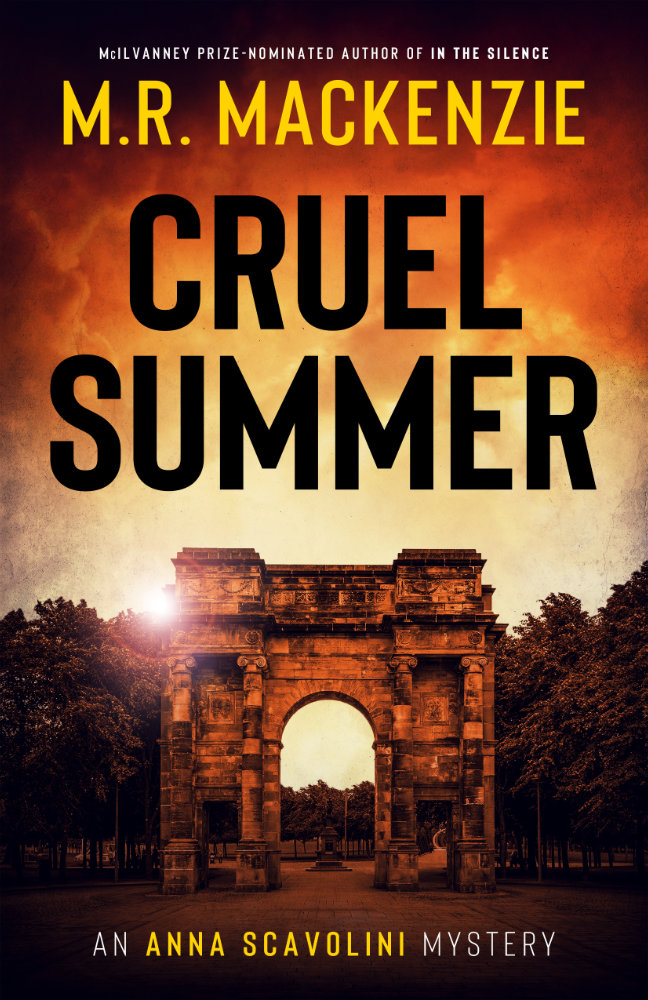 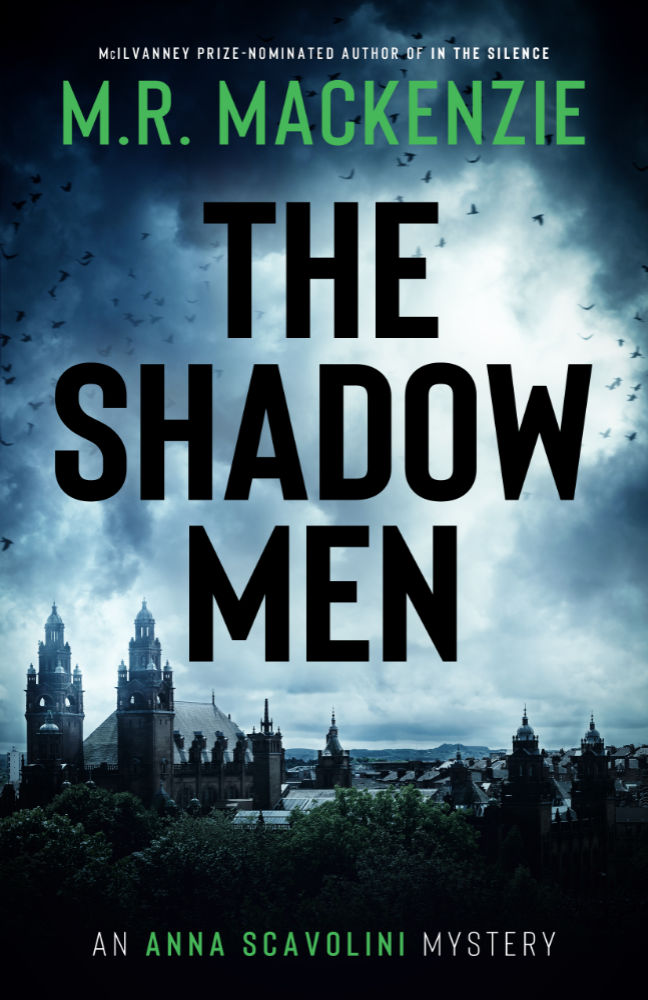 Read the prologue and first three chapters of In the Silence.

Read the prologue and first three chapters of Cruel Summer.

Read the prologue and first chapter of The Shadow Men.

Find out what makes Anna tick in this exclusive biography.

Learn all about Anna's oldest and best friend in this exclusive biography.

“M.R. Mackenzie has created an impressive first novel with In The Silence and an intriguing lead character in Anna Scavolini.”

“Skilfully crafted and beautifully written, this is a gripping read full of suspense and tension.”

“A fabulously gripping, rollercoaster of a read that kept me on the edge of my seat and left me wanting more.”

The Anna Scavolini Mysteries – Volume One doesn’t have the weight of a major publisher behind it, so I’m going to need your help to get the word out. Yes, you! That means you. Here’s how you can help:

Goes without saying! Every copy sold helps increase the book’s visibility, and in so doing helps it reach a bigger audience. And, naturally, the money that comes to me will help ensure that I can keep writing more books.

If you enjoy The Anna Scavolini Mysteries Volume One, a positive review on your site of choice will be tremendously helpful – especially Amazon or Goodreads. Even just a sentence or a few words saying you liked it is a big help.

Talk to Your Library or Bookshop!

Llibraries and bookshops can order The Anna Scavolini Mysteries – Volume One through their usual distribution networks. Ask your local branch to stock copies!

Tweet about The Anna Scavolini Mysteries – Volume One! Blog about it! Post on Facebook about it! Tell your friends about it! Spread the word about its existence far and wide!